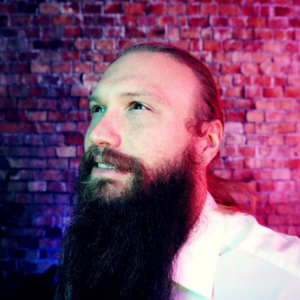 Asking Him Out – Is It OK For A Woman To Ask A Man To Go On A Date?

Is asking him out okay? Or should a lady wait for the man to ask?

In this post, I’m going to explain why it is not only ok for a lady to ask a man out, but why, as a dating coach, I am actually a big fan of this idea!

Ladies, we literally live in a world where men and women are equal on the dating marketplace!

And more and more, it just makes sense to coach women very similarly to how I coach men.

Now, there are some differences. Obviously men and women are quite different in some ways.

But at the end of the day, here is what I want… I want for all of you ladies out there in the blogosphere to understand that asking him out is perfectly fine!

Let’s break it down.

Is It OK To Ask Him Out?

Absolutely, and let me tell you why.

I believe in the alpha female mindset. I want to see ladies making boss moves, living life on their terms, and not allowing anything to hold them back.

This includes societal gender norms when it comes to dating.

In the past, it was the man’s place to ask a lady out.

And if he didn’t make a move… the only real option she had was to try to put herself on display when he would walk by.

But I don’t agree with this mindset any more, for a number of reasons.

If women never asked a man out, they would literally be putting a huge percentage of their dating destiny into the hands of men.

And I don’t want to see this happen. Life is too short to give anyone else power over your dating life.

Granted, you could just ‘put the moves’ on the guy you’re eyeballing. And that is perfectly fine!

But I still want to see women acting boldly and honestly in our world. And that means that if a lady wants to ask a man out, I absolutely encourage her to do so.

I See That More And More Men Are Growing Timid, Shy, And Withdrawn

Ladies, I am going to let you in on a little secret.

Men seem to be growing less and less bold.

I personally know men who are so scared of pursuing women that all they do is sit in their houses and play video games!

Men are afraid. They are timid. The #metoo movement, the state of society as a whole, and online dating (among other things) have them confused… and they aren’t making the kinds of moves that men used to make.

Personally, I see this as a great challenge. I want to see men acting more boldly in their dating lives as well!

I want to see them approaching women correctly, starting great conversations, doing an awesome job at reading body language, and making all the right moves.

But… we aren’t quite there yet. And a lot of men are still very shy and withdrawn!

So, I see a shift headed our way.

Instead of men doing all of the approaching, I see that we are headed toward a world where alpha men and women are going to be making the first moves.

This is what I want to see. I don’t want to see anyone missing their chance because of fear, and then regretting it later.

This means that if you are a lady who is interested in a guy, I wholeheartedly encourage you to break the ice and ask him out!

How Do You Know If A Guy Wants You To Ask Him Out?

There are a number of things guys tend to do when they want to be asked out.

Here are some of the main ones I see.

He Messages You Often

Do you find that he often starts conversations with you out of the blue? It could be that he’s into you, but hasn’t worked up the courage to ask you out!

He Goes Out Of His Way To Talk To You

Do you find that this particular guy tries to talk to you?

Does he go out of his way to start conversations with you?

Do you seem to run into him often, and does he usually seem happy to see you?

If so, then he probably feels some certain kind of way about you – and may very well be trying to work up the courage to ask you out!

He Tends To Respond To Your Messages Right Away

When you message him, does he respond right away? Does he tend to get back to you in a timely fashion?

Is he the type of guy who pretty much never leaves you on read?

If so, then he may be open to being asked out… and will likely say yes!

He Does Nice Things For You

Does he seem to try to do thoughtful little things for you?

Does he go out of his way to get you the drink or snack you like?

Does he pretty much always seem down to hang out or help you out?

If so, he’s probably got the feels – and asking him out will probably result in a yes!

These Are Not The Only Indicators

Keep in mind that some men are so busy that they don’t always have time to answer messages right away.

But, there is a difference between responding later, and ignoring you!

Learn to spot the differences. A busy man will still make time for you when he has the opportunity… if he is interested in doing so!

A Quick Word Of Caution…

Some guys are just shy and timid, and they have a difficult time asking women out because they have a hard time putting themselves out there.

But some men do nice things for women because they believe that doing so should earn them sexual access to her.

Most people call these men ‘simps,’ and there is a bit of truth to it.

So my advice to women is to be careful of men who act like they are entitled to your time, attention, or body because of the nice things they do for you.

If a guy starts to act possessive, acts jealous, or acts like he should get preferential treatment from you just because of the nice things he does… be careful! This kind of mindset is controlling, and isn’t the kind of mindset a true high-value man would nurture.

What If You Are Scared Of Rejection? Why You Should Just Ask Him Out

Some ladies aren’t going to be into the idea of asking a man out because they are afraid of rejection.

Well, this is an understandable fear! But hear me out for a moment.

Men are afraid of rejection as well. In fact, they are just as afraid of it as women are!

And yet, every day, I tell men that a true alpha male would rather be rejected 100 times than to never have tried.

Because the only sure way to fail is never to try!

So ladies, I’m going to tell you the same thing.

Shoot your shot. Face your fear of rejection head-on, and realize that rejection doesn’t define you.

Nobody is going to get a ‘yes’ every single time. So don’t judge yourself too harshly!

The worst feeling ever is regretting not doing something you really wanted to do!

Don’t let regret win! If you want to ask that boy out… ask him out!

What Is A Cute Way To Ask A Guy Out?

Whenever I am asked this question, I always revert to the same answer.

Go with your instincts, and be genuinely you!

I think that far too many people don’t give themselves enough credit when they are trying to think of something ‘sweet’ or ‘romantic.’

And when a lady asks me a cute way to ask a guy out, I pretty much always tell her the same thing.

Use your signature move! Use your own personal style! Take some time to come up with a plan that you love, and go for it!

Of course, many women will respond by saying things like…

But I’ve never asked a guy out before! I don’t have a style! I’m not a ‘cute’ girl like that! I have no idea what I am doing!

Awesome! There is nothing wrong with not knowing what you are doing. In fact, that is probably even better… because it gives you room to be authentically you, to ask him out in the way that YOU think is sweetest and best!

So do your thing girl! And if you don’t have a thing… well, start thinking about it and come up with one!

In Conclusion – Why Asking Him Out Is NOT A Bad Idea, In The Slightest

Hopefully, this post has helped you to understand that asking him out can absolutely work, and is actually a really good idea… especially if you consider yourself an alpha female.

Just remember to be yourself! And don’t be afraid of rejection.

If you need a bit more clarification or some extra guidance, feel free to message me!

Go with grace, ladies… and never give up your power!

I Have One Simple question for you...

Are You Absolutely THRILLED With Your Dating Life?

I Want To Help You Unlock The Secret To A THRIVING, PASSIONATE, EXCITING Dating Life!

Want to know the secret? It all starts with your MINDSET.

As a gift for stopping by, I'm going to give you my FREE Dating Mindset Cheat Sheet!

Sign up for my email list to learn the 3 Simple Mindset Shifts that revolutionized my dating life!